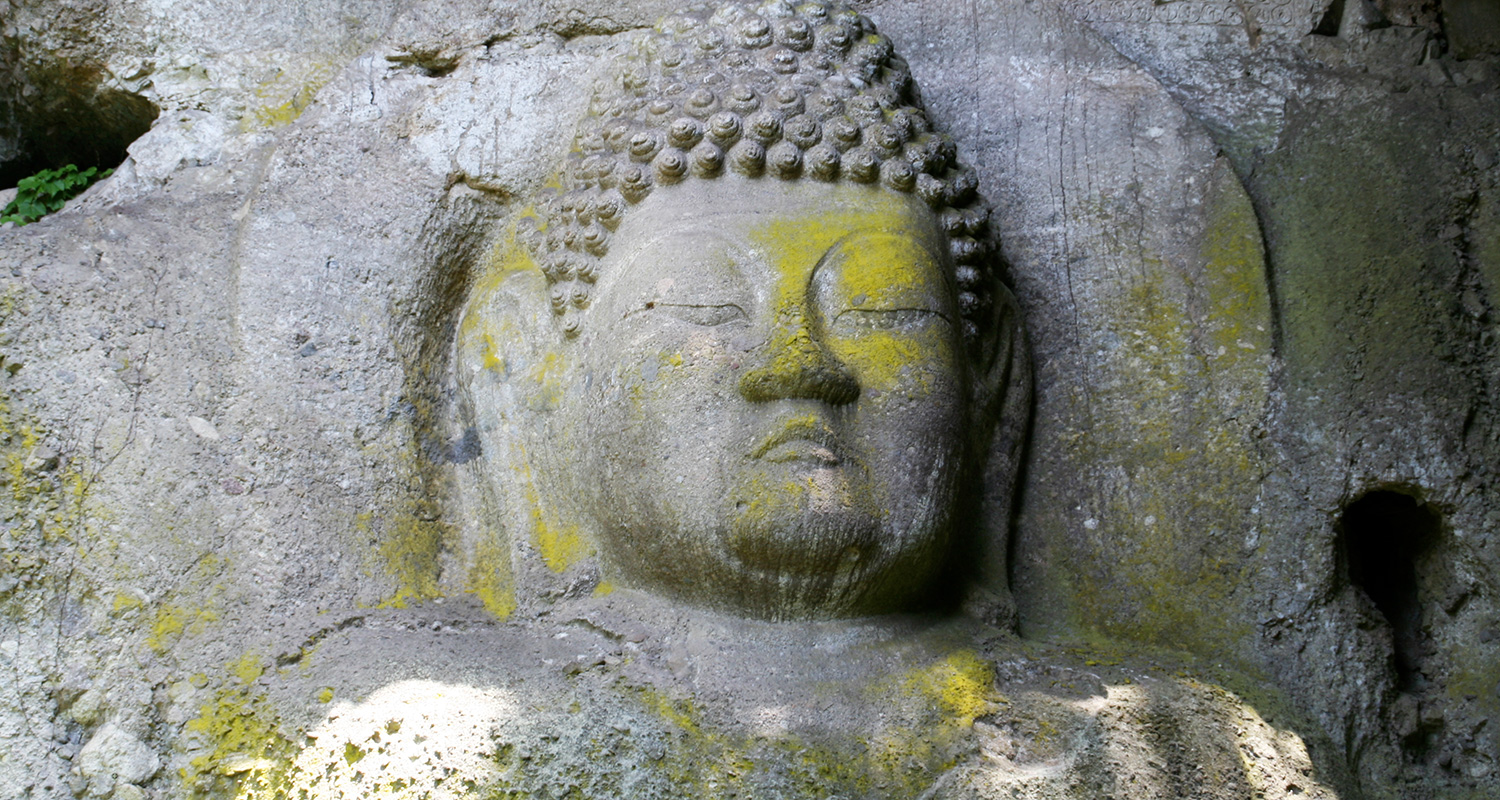 Kunisaki is a treasure trove of Buddhist artefacts and the twin Kumano Magaibutsu Buddhist relief carvings, depictions of Dainichi Nyorai and Fudo Myo-o, are the largest amongst these. Thought to date from the earliest days of Buddhism on Kunisaki, they can only be reached by climbing a flight of uneven, rocky steps, which legend relates was built by a devil over one night. They are certainly devilish to negotiate, which may be why the Kumano Magaibutsu remains relatively unkown and little visited. Yet standing at the base of these towering figures make the effort all the more worthwhile. 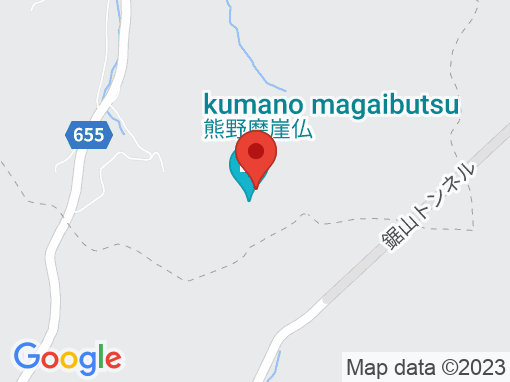 A little-known yet wonderful Buddhist site in the heart of the Kunisaki Peninsula.