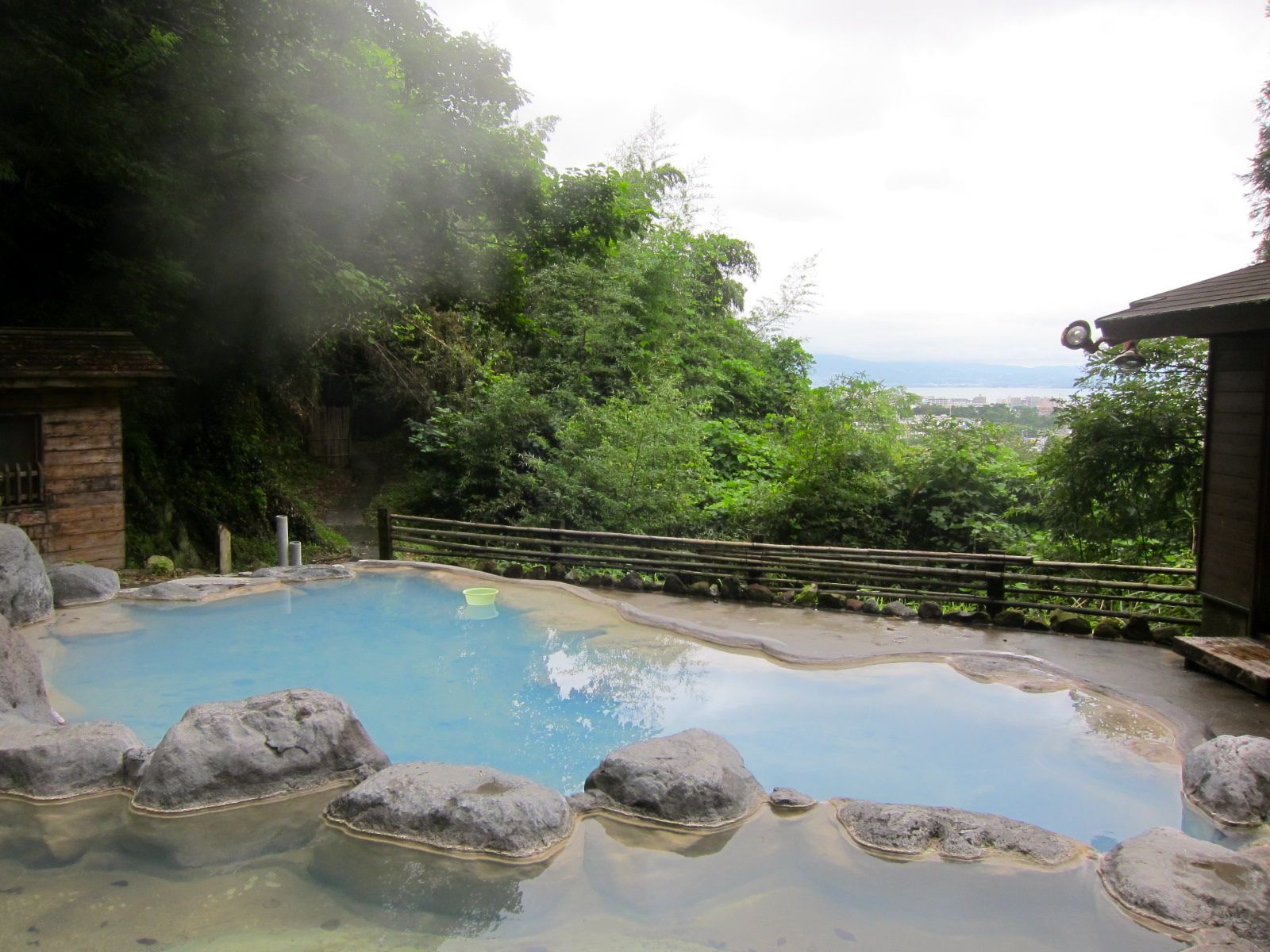 Perhaps because modern life has been led at a much less breakneck pace than in many other regions of Japan, Oita Prefecture’s lush green landscape of traditional farming and fishing villages still retains a strong sense of its past. Stories telling of a time stretching back to the earliest days of Japan are to be found in Oita’s ancient kofun burial mounds and tateishi standing stones, the venerable Usa Hachiman Shrine and ethereal Fuki-ji temple, and in a plethora of Buddhist statues and relief sculptures, thelatter typified by the Kumano Magaibutsu. While in any neighbourhood, shrines have been tended by the locals and been the scene of prayer and festivals for millennia.

The stronghold of Otomo Sorin, the first samurai to subjugate much of Kyushu and who also became a convert to Christianity under the influence of the Jesuit missionary Francis Xavier, was in Funai, now Oita City. His ruling, warrior class, which dominated Japan for centuries until 1868, left castles throughout the prefecture. Today, ramparts are all that usually remains but even so their grand scale in Nakatsu, Oita City and especially at Oka-jo in Taketa, attest to their supremacy. However, expression of power may not have always been the sole reason for their construction. One of Japan’s smallest castles at Kitsuki lies atop a cliff overlooking the sea and seems to have been built more with an eye to beauty than suppression. In the same quiet town a rare example of an original, thatched samurai house lies a stone’s throw away, while Taketa and Hita are still strongly reminiscent of the generally peaceful, ordinary life of both samurai and townspeople. Hita also retains the site of the important Kangien school, which in its day was, in a nation then strictly regulated by social standing from birth, an enlightened institution for the education of anyone regardless of class.

In more recent times, Oita’s stone culture originally centred around religion developed into a highly skilled if more profane, functional art epitomised by the elegant stone bridges still found spanning rivers and gorges throughout Oita. In Beppu, skills have also been perfected in bamboo, which is dexterously woven into the most intricate designs, some practical and some abstract, that are sought by Japanese and overseas art collectors. Hita is famed for its Onta-yaki pottery with its signature, folk-art design.

A small, delightful gallery in Bungo-Ono honours Fumio Asakura, a local son and Japan’s most celebrated sculptor. He left for and found fame in Tokyo in the early 20th Century. These days, however, Beppu, Taketa, Yufuin and the Kunisaki Peninsula have been attracting artists and artisans from around Japan helping them grow into vibrant centres of arts and crafts. Oita City’s latest celebration of modern art is embodied in the OPAM art museum designed by Shigeru Ban, winner of the Pritzker Architecture Prize. A short walk away is the modernist Oita Prefectural Library, the first noted work of locally-born Arata Isozaki. Isozaki pioneered Japanese architecture internationally and, coincidently, employed Ban in his earliest days as an architect.

Festivals seemingly occur somewhere in Japan throughout the year. Oita has its fair share from the grand spectacles of Nakatsu Gion, Oita Tanabata and Tsukumi Minato festivals; though the historical re-enactments of Usuki Takeyoi and Hita Tenryo; to the charming Himeshima Bon-odori and Kunisaki Peninsula’s Shujo-Onie. World-renowned pianist Martha Argerich’s Meeting Point in Beppu is a firm annual favourite. On the theme of music, Toshiko Akiyoshi, a pianist, composer and bandleader who has been inducted into the American Jazz Hall of Fame, spent her formative years in Beppu; and Drum Tao, the internationally acclaimed and flamboyantly energetic drumming group, has made its home in Taketa.

Unless they find their livelihood in the fishing or shipping industry, locals rarely mention the sea even though their prefecture has a coastline stretching for 775 kilometres (482 miles). But, given that Oita has such a richly varied landscape with over a quarter of its land area designated as national parks perhaps this oversight is understandable.

Mountains both literally and figuratively top Oita’s landscape with Kuzumi-san, Sobo-san, Tsurumi-dake and Yufu-dake just some of the mountains that provide glorious backdrops to vistas from afar or, for the energetically inclined, panoramas of all around from their peaks. Picturesque highlands and valleys add further to a scenery that is mostly verdant with forests, orchards and arable land. With so much choice it is hard to single out any single view but Yabakei has long been known locally for its glorious valley scenery, while Bungo-Ono has been recognised as a Geo Park for its richly diverse geology, including spectacular gorges and waterfalls.

Oita is famous amongst the Japanese for its onsen hot springs, which are found throughout much of the prefecture but Beppu takes the top spot for the sheer number of its hot springs. Here copious clouds of water vapour pouring skywards from onsen provide a unique spectacle and this popular resort with its classic, trademark view out over the city to the sea.

The sea may not be the first thing the locals think of when it comes to their home prefecture but they certainly enjoy the bounties it brings. Shallows and slow currents to the north and fast flowing seas to the south contribute an abundance of different, fresh fish to the Oita diet. Small fishing harbours abound along the coast and catches brought ashore include red snapper, scabbard fish, yellow tail, garfish, sardines, octopus, giant prawns, conger eels, oysters, mackerel, flounder and much, much more. Not surprisingly fish is a major feature in the local diet but especially so in Saiki, which boasts a great concentration of sushi restaurants.

Inland, crystal clear rivers, springing from the mountainous interior, not only provide delicious ayu sweetfish, enoha trout and eels but also supply copious amounts of water to irrigate the market gardens, which are a year-round source of a wide range of fresh seasonal salads and vegetables, and rice paddies. The mild climate and diverse countryside is a boon for fruit, which include mandarin and satsuma oranges, kabosu and yuzu citrus, nashi pears, figs, grapes, cherries, strawberries, chestnuts, kiwi, water melon, kaiki persimmon and blueberries. Forests are a source of shiitake mushrooms, sansai wild vegetables and very occasionally free-roaming beef cattle, although these days most herds are now reared in paddocks and sheds.

Paul Christie, CEO Walk Japan Ltd and resident in Oita for over 20 years.