The ferry across the placid Seto Inland Sea only takes 20 minutes to sail from Imi to Himeshima, an island lying off the Kunisaki Peninsula’s north coast. Yet, however short the distance travelled, the contrast between the peninsula’s lush, fertile countryside and the island’s shallow and dry sandy soils is pronounced.

On Himeshima agriculture can only be a minor pursuit. But instead, the surrounding sea has long provided for the islanders and catches of fish, oysters and octopus are still landed regularly at the wharf, found in front of the main settlement. The majority of the islanders, always cheerful and welcoming, live here in a cosy maze of cheek-by-jowl houses and small vegetable plots. Above the roof tops, octopus stretched out to dry, flutter like kites in the wind.

A short stroll, past ponds used to farm prawns, leads to Senin-do, a small shrine on a promontory overlooking the sea. Here the combination of traditional architecture, wind-blown pine tree, and shimmering water conjures a now rare, yet classic view of Japan. A rental bicycle is the ideal way to explore the further reaches of this peaceful island, which is about 14km around its coast.
In the heat of summer, visitors flock to Himeshima’s Bon-odori festival. Over two days, they are entertained by locals performing their unique dances, epitomised by the kitsune odori dance. Listed as a National Treasure, children dressed as foxes charm the audience with their adorable cavorting.

Due to its intriguing geology, which includes the obsidian rock found at Senin-do, Himeshima is one of only two areas in Oita listed as a Geopark. The other is found in Bungo-ono. 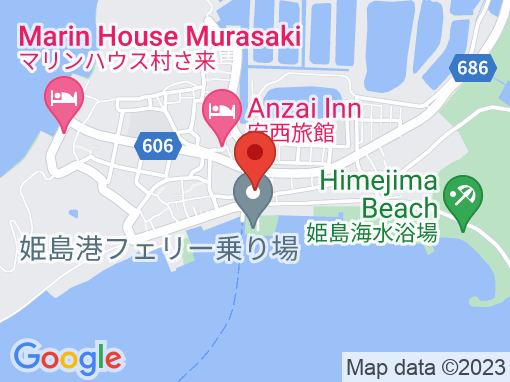 The flickering light of candles placed in thousands of paper lanterns and bamboo holders wash the...