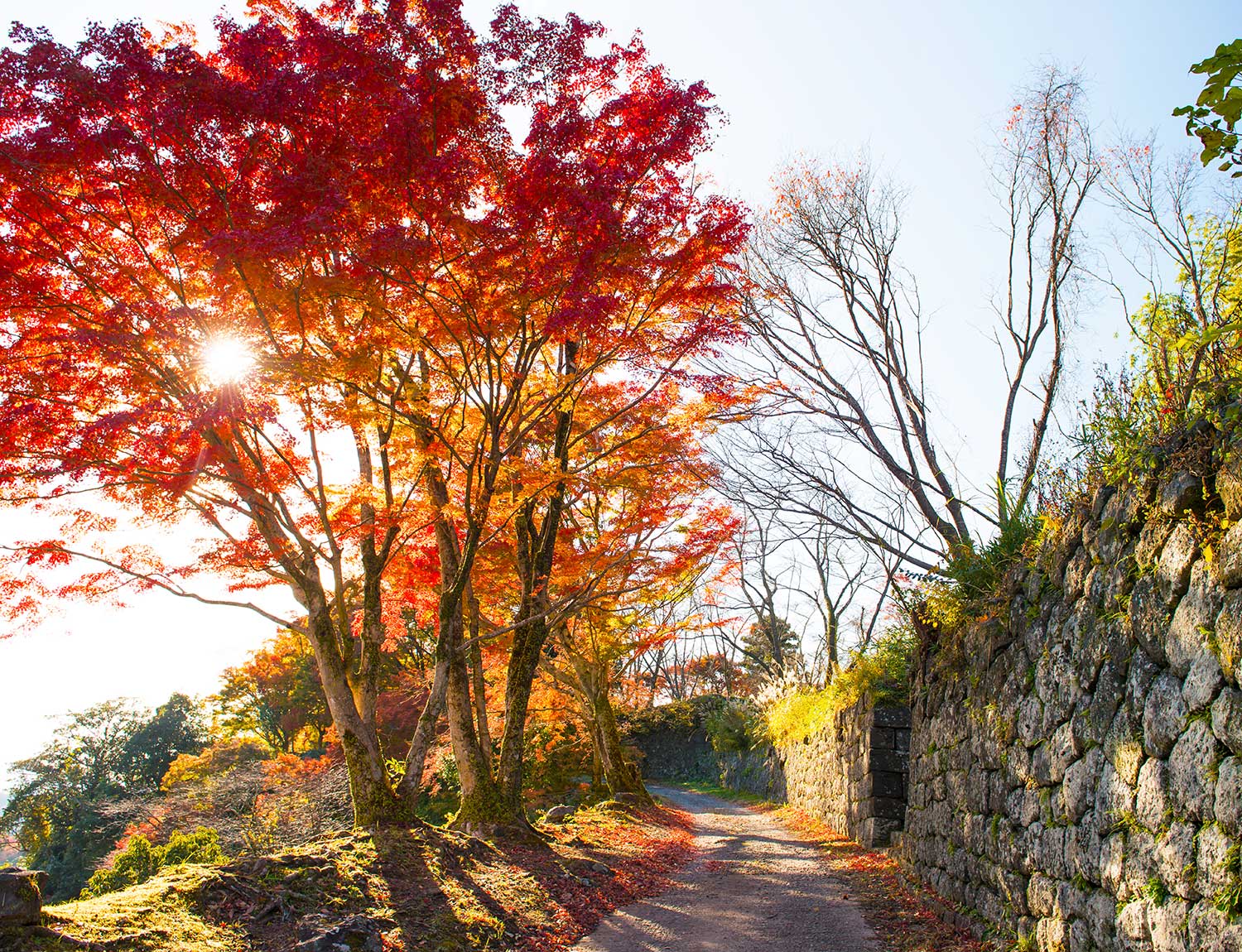 Only the ramparts of Oka-jo remain, but their scale and impressiveness allude to the power that this hill-top citadel once held over Taketa and the surrounding region. There is a fee to enter the castle grounds but it is worth it for the ticket alone, which is a small scroll illustrated with a map that makes a delightful souvenir. No longer populated with buildings the grounds have been turned into a park and planted with cherry and maple trees, which provide a riot of colour in the spring and autumn.

Rentaro Taki, a composer in the late 19th Century, used his experience as a boy playing in the castle grounds to write Kojo-no-Tsuki, or Moon over Ruined Castle. Legendary amongst the Japanese, this folk song has been covered by the great jazz musician Thelonius Monk and, more surprisingly, also by German rock band the Scorpions. 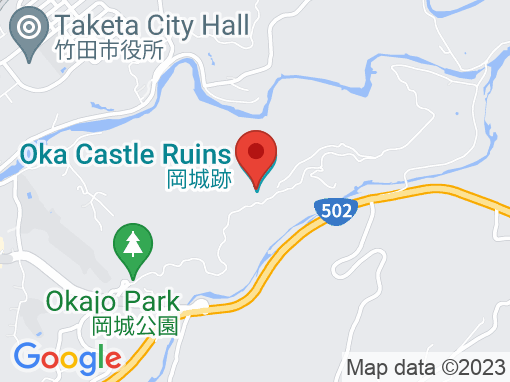 The grounds of this old castle are delightful to vist at any time of the year but especially for the sakura cherry blossom and autumn colours.