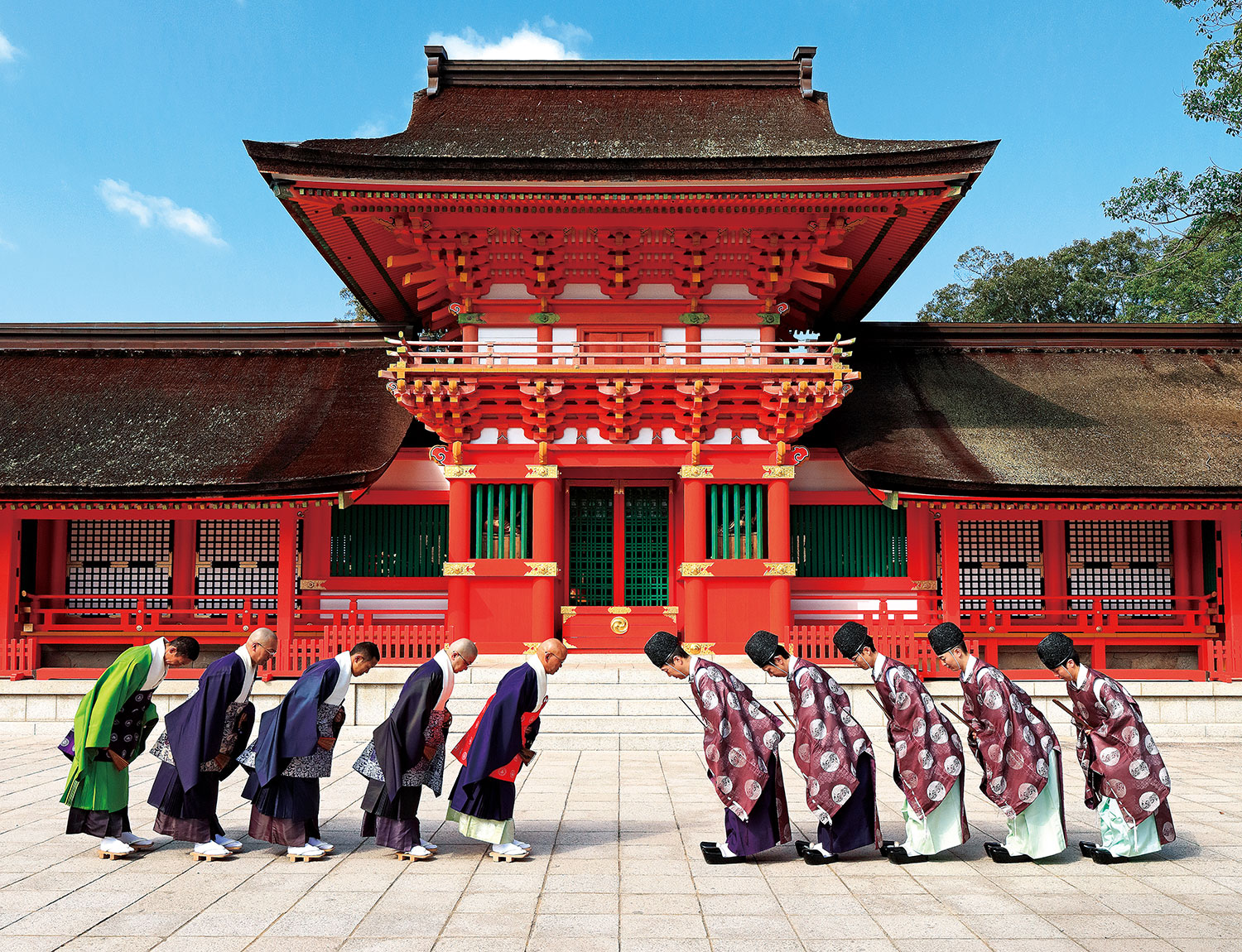 Usa Jingu retains an atmospheric grandeur befitting its status as the principal shrine of Hachiman, the Shinto protector god of Japan. The recipient of imperial patronage since the 7th Century and with an affiliation of over 40,000 subsidiary shrines found throughout the length and breadth of Japan, Usa Jingu’s importance throughout much of the nation’s history cannot be understated.

Surprisingly, however, today Usa Jingu seems to have largely disappeared from the consciousness of most Japanese and its extensive precincts of opulent, vermillion buildings shimmering against ancient forests are most often bereft of many visitors. Yet perhaps because of this, here a gentle stroll through these well-kept and peaceful surroundings where seemingly little has changed for over 1,300 years, is a serene experience that can lead the visitor to a sense of the Japanese’s identity with nature, which has long been the embodiment of Shinto.

The shrine’s central building is composed of three adjacent, connected halls, each dedicated to one of the shrine’s three deities; the mythical emperor Ojin, his mother empress Jingu, and his consort, Hime O-kami, each of which in turn were identified with Hachiman.

There are over 40,000 branch Hachiman shrines throughout Japan including Tsurugaoka Hachiman-gu in Kamakura, near Tokyo. However, Tsurugaoka is far better known than Usa and, apparently, attracts far more visitors than any other shrine anywhere in Japan.

Hachiman has been regarded as the protector deity  of Japan since 720 when it was believed that his intervention secured victory in war with the Hayato people of south Kyushu. Hachiman was also taken from Usa to Todai-ji temple in Nara in 749, one of the great temples of Japan, which was then under construction. Todai-ji, which is famous to this day for its Daibutsu-den Great Buddha Hall housing the world’s largest bronze statue of Dainichi Nyorai, was a state project and Hachiman’s presence attests to the deity’s importance to the nation. A mikoshi, an elaborate palanquin used to parade Shinto deities, is believed to have been first used to transport Hachiman to Todai-ji, spawning a now very familiar symbol of Shinto festivals.

Around the time that Hachiman became the first Shinto figure to be subsumed into the Buddhist pantheon of deities, heralding the melding of both religions, Buddhist temples began to be constructed in the precincts of, or adjacent to, many major shrines. Construction began on Myroku-ji temple in 741 at Usa Jingu. With imperial and state patronage, Usa Jingu and Miryoku-ji amassed both wealth and power with estates centred on Kunisaki and north-east Kyushu but also control over land as far as southern Kyushu. Such was its in influence only Dazaifu Tenmangu shrine, near Fukuoka, came close to rivalling it in Kyushu.

Such a wealthy and powerful institution, though, became a target for the samurai, who first rose to prominence during the Kamakura Period (1185-1333). Along with many imperial and state institutions, both Usa Jingu and Miryoku-ji were vulnerable and forced to relinquish much of their wealth and, consequently, power to the military. Miryoku-ji was finally destroyed after a Meiji Period (1868 - 1911) government decree forcing the separation of Shinto and Buddhism. Large foundations stones in an often overlooked grassy corner of the Usa Jingu’s precincts are all that is left of Miryoku-ji and the shrine’s once long relationship with Buddhism. However, the shrine is where Kunisaki’s history as a centre of Buddhism has its origins. Here, however, a synthesis of Buddhism and Shintoism remains to this day embodied in the Rokugo-Manzan. 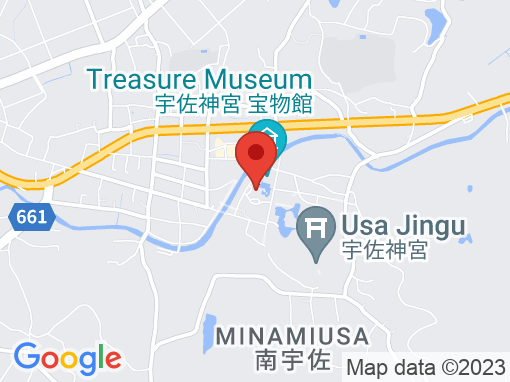 One of Japan's most important Shinto shrines.