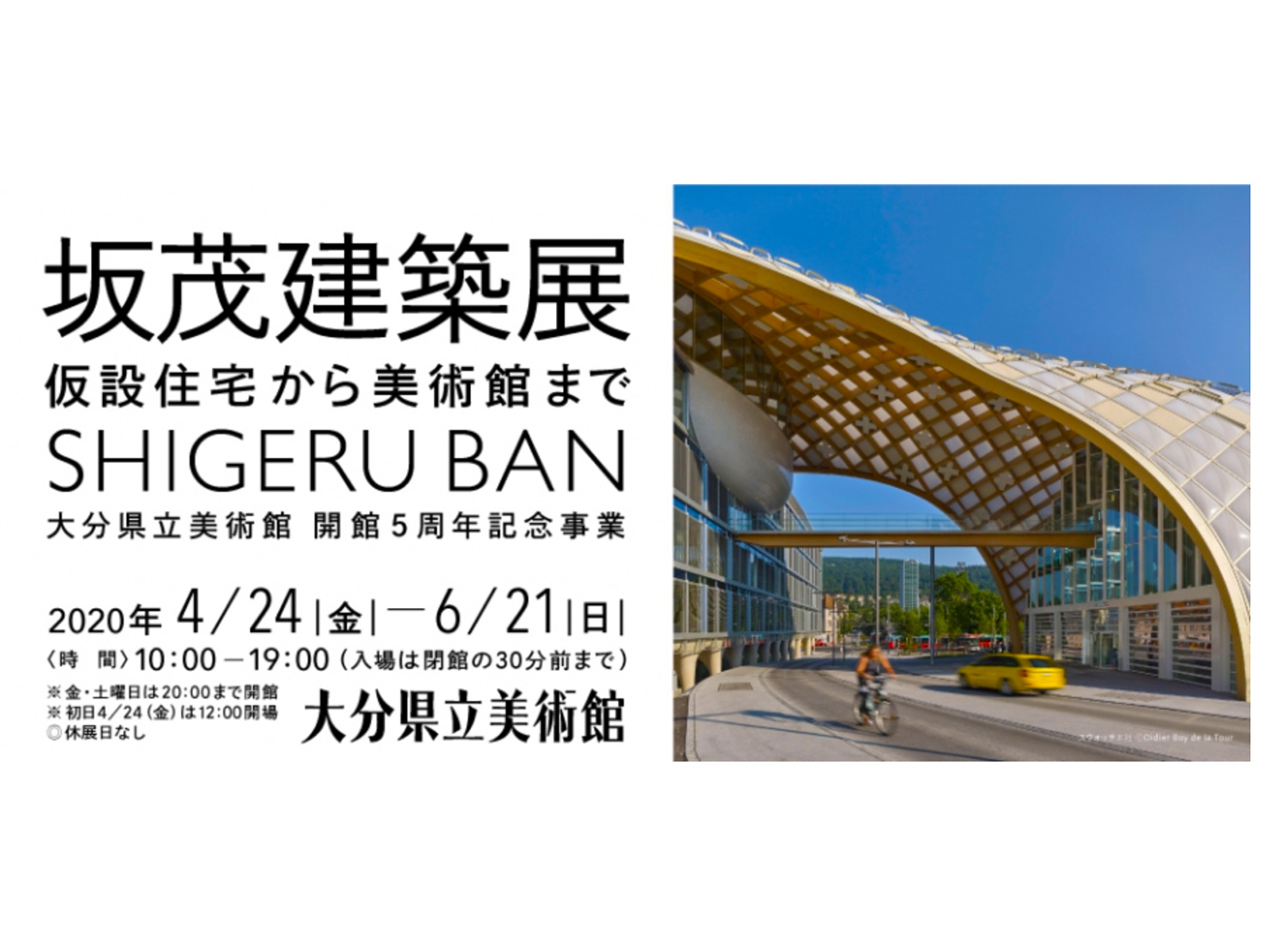 A comprehensive exhibition on the work of one of Japan’s current top architects, Shigeru Ban. Ban received the Pritzker Prize in 2014 for his contributions to architectural innovation and philanthropy. He first gained international acclaim for creating economical and environmentally sustainable housing made of cardboard, which could be rapidly built, for refugees and others displaced by man-made and natural disasters. Ban’s creation of space through the innovative use of materials is also apparent in his more permanent work, which includes homes, museums including OPAM itself, and a therapeutic spa in Nagayu Onsen. As the Pritzker Prize jury stated: “Shigeru Ban is a tireless architect whose work exudes optimism.” 24 April to 21 June 2020.