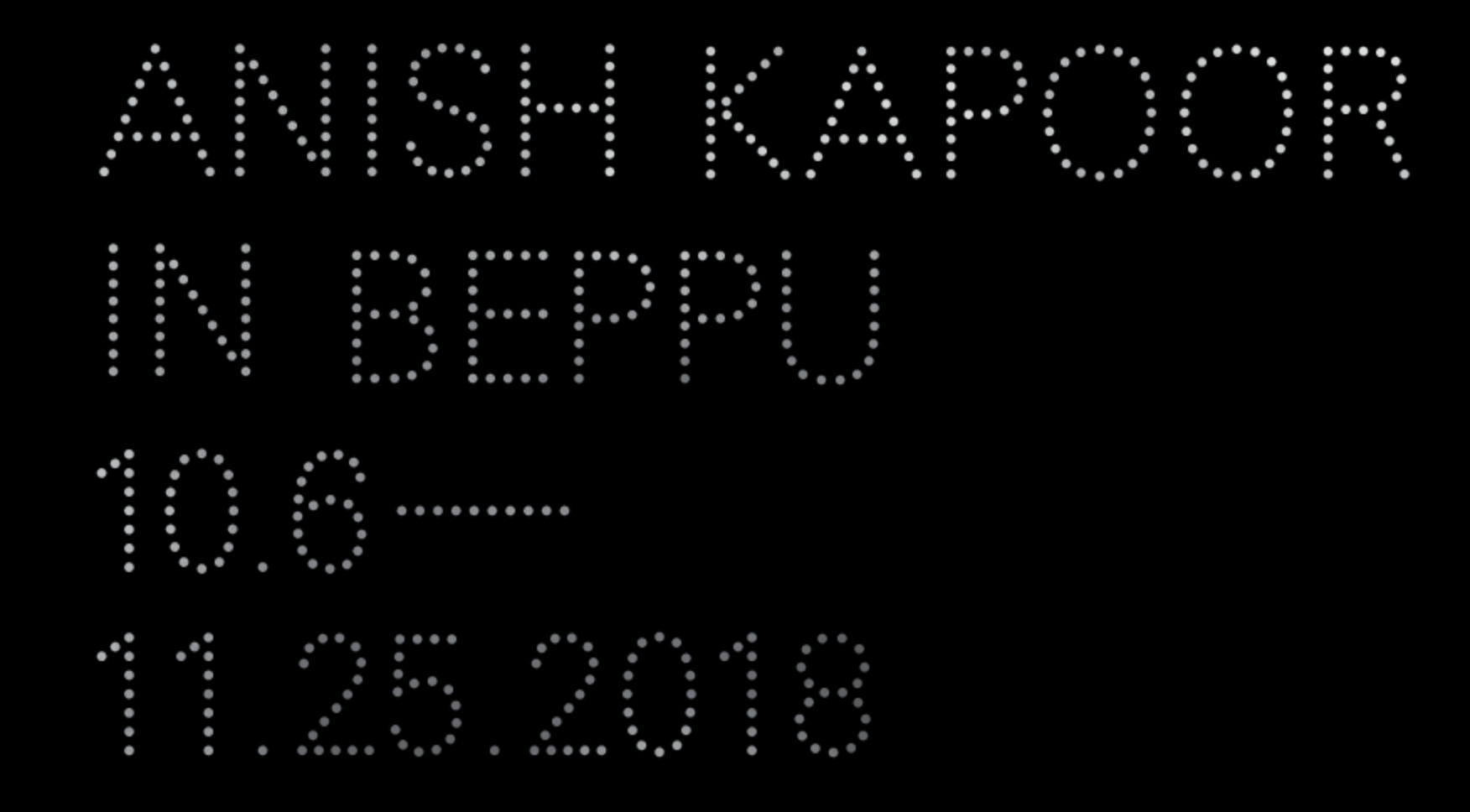 The sculptures of Anish Kapoor have been described as cool, conceptual, minimal with added lyricism, metaphor, and the heat of the primordial. And, hinting at an excess of emotion whilst also standing serenely as a meditative focus. Concepts that are perhaps hard to grasp in words but most certainly possible when coming face-to-face with the acclaimed Anglo-Indian sculptor’s extraordinary work.

Visitors to Oita Prefecture will have the chance to experience Kapoor’s thought provoking artistry when his ‘Void the Pavilion’, ‘Concept of Happiness’ and ‘Sky Mirror’ will be exhibited in Beppu Park between 6th October and 25th November 2018.

Anish Kapoor has represented Britain Venice Biennale when he was awarded the Premio Duemila Prize, won the Turner Prize, exhibited in the Turbine Hall at Tate Modern, and was the first living artist to have a solo exhibition at the Royal Academy. He also designed Orbit, the symbol for the 2012 Olympic Games in London.

Kapoor’s sculptures are at the centre of the 9th Beppu Art Month, which encompasses 120 different event across the city.