A visit to Yunohira Onsen is a step back into an older time. Hidden in the mountains outside Yufuin on an mountainside beside the tumbling Kagono-gawa river, this tiny, atmospheric village is a far cry from the modern, high-tech image of Japan. Lined along its steep and winding, cobbled lane are many traditional inns that have their origins during the feudal, late Edo Period (1603-1868) when only the influential and affluent members of society were able to visit.

Yunohira’s history stretches back over 800 years and its distinctive main street was built by local villagers 300 years ago. Since then, Yunohira’s sole raison d’etre has been to provide a sanctuary for those looking for the healing properties of its onsen waters and others who just want to relax into an uncomplicated style of life. There is not much else here but its single street, venerable accommodation, the sound of the cascading nearby river and the bucolic, surrounding countryside. Visitors dressed in kimono strolling the street with umbrella in hand and their geta clogs clacking off the stone pavement, only add to the feeling that time has stood still here for some while. So authentic is Yunohira that it is often used as a backdrop to film and TV productions.

Staying overnight is the way to make the most of Yunohira’s atmosphere, hospitality and onsen waters, which are known not only for the medicinal benefits of bathing in but also by imbibing. Its 21 inns range from the sumptuous Takasho to the more budget minded such as Hakuunsou and Daikichi. The host and hostess at Yamashiro have made a name for themselves and their inn, finding particular acclaim amongst foreign visitors. For those not staying the night, Yunohira has plenty of public baths, which are mostly found aside the main street but some also by the river.

Yunohira has few shops but Ishidatami-ya sells delicious home-made ice cream in multiple citrus flavours, and the Ureshino restaurant specialises in locally caught freshwater fish, crab and shrimp dishes including eel and carp. A small museum is dedicated to Santoka Taneda (1882-1940), an indifferent mendicant Zen priest, heavy drinker and itinerant haiku poet, who stayed in Yunohira on one of his penniless journeys through Japan. 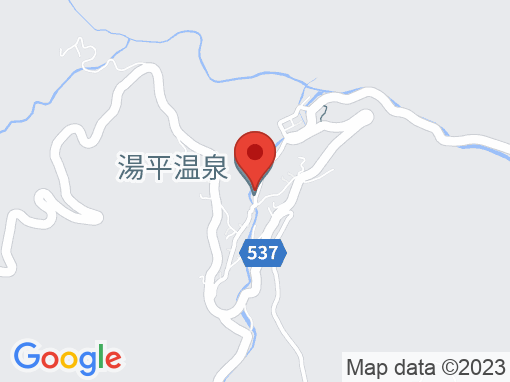