Ume Hibiki draws its name from the ume plum orchards it is surrounded by and the glorious views it affords over the Hibiki Gorge. Located deep in the mountains in the south of Hita, this delightful onsen hotel is the epitome of chic Japanese modern design blended with graceful tradition; a sumptuous yet cocooning environment that soothes both the eye and soul.

The attention to detail at Ume-Hibiki is apparent when first crossing its threshold with the discreet yet warmly attentiveness of all the staff. But before your eye has had much time to attune to the splendid interior, the flooring of tatami mats and carved wooden floors, which alternate throughout the hotel, provide an almost subconscious caressing touch underfoot. Not surprisingly, ume is the hotel’s motif and is found blended into the interior design in a simple handsome fashion in multiple ways throughout.

Ume not only satisfies the eye but also the stomach with the exquisite ume wine, produced on site at the neighbouring Umeshu-gura Oyama winery, and makes a great aperitif to the multi-course Japanese cuisine that satisfy mind and body. Finally but by no means least, the hotel’s onsen hot spring include rotenburo open air baths with gorgeous views over the surrounding countryside, including Hibiki Gorge.

It may not be surprising to know that this lovely establishment was created and is operated by JR Kyushu. One of six regional JR railway companies, JR Kyushu is renowned in Japan for its elegantly designed trains including the Kyushu Shinkansen, Sonic Express and commuter trains, and its pioneering luxury gourmet Nanatsuboshi Seven Stars and Aru Ressha trains. 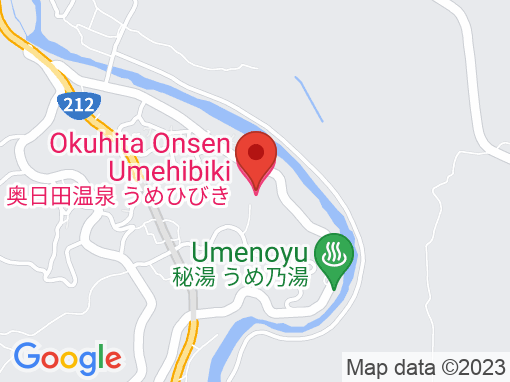