Tekizanso is a gracefully classic one story building that dates from the Taisho Period (1912-1925). Sited in a corner of what was once the grounds of Hiji-jo, the local daimyo lord's castle, this picturesque structure, set in a classic Japanese garden, is registered as one of Japan’s national treasures.

Hiroe Narikyo, a gold mining magnate, built Tekizanso as his family’s luxurious private villa some 10km distant from his Bajo mine, which was to the north in Yamaga. He took over the mine and made it a commercial proposition after resolving a serious flooding issue. Gold had been mined in the Yamaga locality since the early days of the Edo Period (1603-1868) and over time an estimated 100 sites were dug to extract the precious metal and then, when depleted, abandoned.

Narikyo probably chose Hiji for his new residence not just because of its delightful position on a rise overlooking Beppu Bay but also because his gold was exported from the town’s harbour. Undoubtedly, he would have taken pleasure in watching ships laden with his wealth depart over the seas from Tekizanso, an unusual but most appropriate name. It literally means to ‘hit the sweet spot on the mountain’. Unfortunately for him, he died son after completion the following year in 1916 leaving his son Nobue in charge. Although the mine closed many decades ago, Tekizanso remained in the ownership of Narikyo’s descendents until 2010, when it was left to the ownership of Hiji Town.

In 1964, Tekizanso was repurposed by the grandson of Narikyo into a high-class restaurant, which it continues to serve as to this day. The stately path leading to the building’s grand entrance serves as a spectacular way to begin any dining experience, and the current Reiwa Emperor, whilst still Crown Prince, has been entertained within. 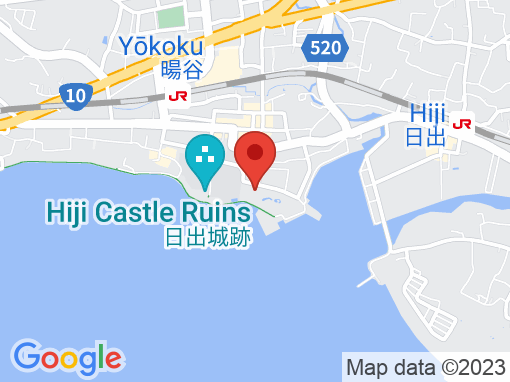