The seat of the Oita’s Prefectural Government and its economic powerhouse. Oita is the birth place of Arata Isozaki, one of Japan’s top architects and the winner of the 2019 Pritzker Prize. The Oita Prefectural Library, an early work of his, has been refashioned as an art gallery. This monolithic, modernist formed-concrete building contrasts with nearby the Oita Prefectural Museum of Art, more affectionately known as OPAM, which is a light, airy structure encased in a façade that resembles bamboo woven in a typical Japanese pattern. This was designed by one of the nation’s current top architects, Shigeru Ban. Besides the exhibitions held in each of them, both are well-worth a visit for their architecture alone. Oita Bank Dome, a venue for the 2019 Rugby World Cup, looks remarkably like a spaceship, which has landed in the city’s suburbs from an alien planet, making it one of Oita’s more extraordinary structures.

Oita’s extensive, covered shopping arcades are pleasant to stroll through regardless of the weather. On display here is a model of a 16th Century galleon, which celebrates Oita’s trading history with Portugal under the Christian daimyo warlord, Otomo Sorin. Nearby Funai-machi, found behind the lovely, brick Oita Bank building, is a chic quarter with a variety of boutique shops and an art cinema specialising in Japanese film. When strolling around here lookout for two statues, one near the Oita Prefectural Building and the other at the Compal Hall, by Japan’s famed sculptor Asakura Fumio, who was born in Bungo-Ono. old bank building has recently been turned into an elegant outlet for Oita Made branded products.

Tokiwa, Oita’s upmarket department store, here has a food emporium in its basement with a cornucopia of Japanese and western foods that is a feast for the eyes and palate. Venture a little further to the seafront esplanade by the ferry port where the old warehouses have been found new uses as cafes and a live music venue. Neon-lit Miyako-machi is Oita principal night spot. The myriad restaurants, bars and nightclubs, squeezed into a couple of city blocks throng with locals and visitors alike into the early hours of the morning. 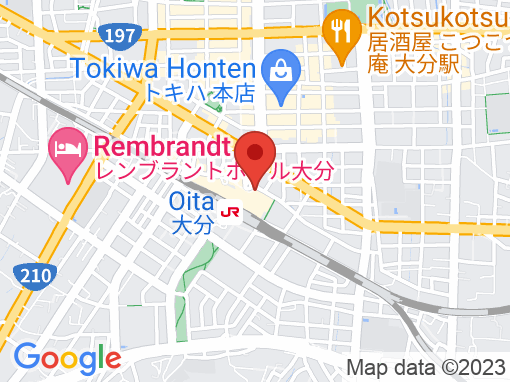 Hita celebrates the beginning of summer over two days at the end of May with its kawabiraki river...