For anyone fortunate enough to be at Monjusen-ji at dawn, the deep, resounding sound of bell echoing across its tranquil setting, a remote valley deep in the heart of Kunisaki, heralds the start of the temple’s day. The bell also presages goma-taki, one of Kunisaki’s most arcane and atmospheric ceremonies. In the temple’s inner sanctum, the temple priest presides over an intimate spectacle, burning wooden votive plaques to mystical incantations and the ringing of bells.

Monjusen-ji, perched high on the side of a cliff, is reached by a long flight of steps that leads as if to another, higher world. Perhaps it is not surprising then that Monjusen-ji, which was one of the first temples established in Kunisaki in 648 A.D., has a different pedigree to Kunisaki’s other temples. A cult once flourished here during the Heian Period (794-1185) based on beliefs related to Monju Bosatsu, which the temple venerates and takes its name from, from Yamabushi ascetic monks, Mikkyo esoteric Buddhism and folk beliefs.

In a dimly lit cave behind the inner sanctum, a natural spring gently wells up with chie-no-mizu, waters that are believed to confer wisdom on anyone one who imbibes them. Not surprisingly, just before the exam season many a student makes the long trip to the temple in the hope of improving their chances.

In front of the main temple structure is a Kunisaki-to, a style of stupa distinctive to and found throughout the peninsula. Monjusen-ji’s is the largest to be found on Kunisaki and legend has it that it was carved by a man in penance for his murderous past. 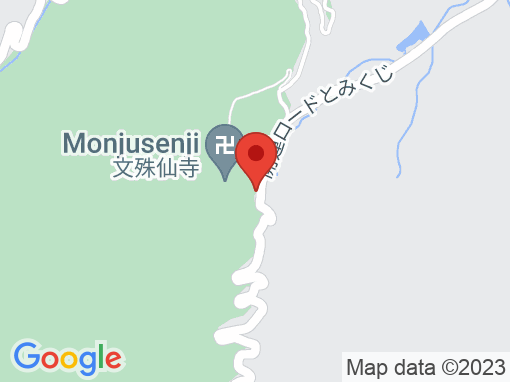